Jessica Jones is a new kind of Marvel superhero for the digital age – flawed, funny, female and streaming!Marvel’s new streaming Netflix series, Jessica Jones, is a modern noir: there’s a hard-boiled PI with a criminal past and a cynical dame who drinks cheap bourbon. The twist here is that the lead character is all of the above – and she is also a former superhero. Jessica Jones (Krysten Ritter) would rather forget that part of her past – but she can’t, because she has insomnia, nightmare flashbacks, and post-traumatic stress disorder from her evil former lover The Purple Man, aka Dr. Zebediah Kilgrave (David Tennant). And anyway, a broad needs to make a living. 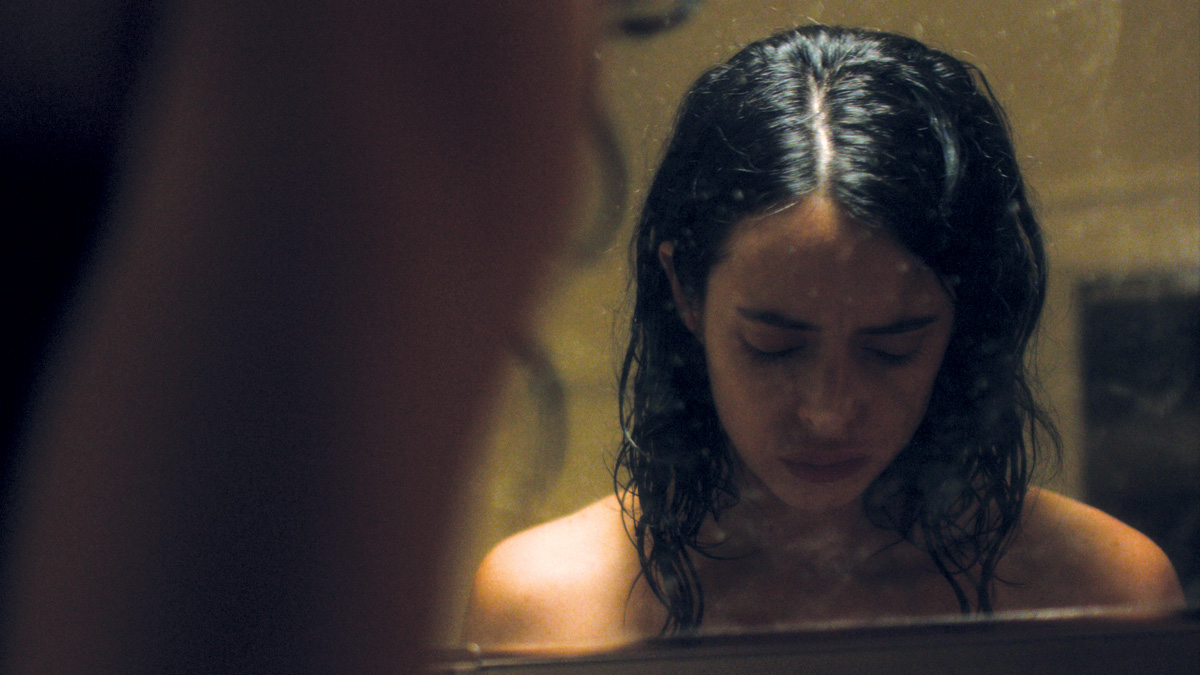 The series, which is lensed by Manuel Billeter (Person of Interest and Law & Order) opens at night in the grimy Hell’s Kitchen neighborhood of Manhattan. Jones is on a stakeout, waiting in the shadows to catch an adulterous couple. We hear her in voiceover, which sets the world-weary yet darkly comedic tone of the series: “New York may be the city that never sleeps,” she cracks, “but it sure as hell sleeps around.”

Jessica Jones is certainly not your typical Marvel comic book adaptation. Just ask Marvel Head of Television Jeph Loeb (Smallville, Lost and Heroes), an award-winning comic book writer whose credits include Spider-Man, Batman, Superman, Hulk and Iron Man. Way back in 2002, Loeb wrote the foreword for the Alias collection, the original comic series (created by Brian Michael Bendis) that introduced the hard-bitten female lead. “Jessica’s world isn’t pretty,” Loeb explains in that introduction. “There are no capes here. No secret headquarters. Just the underbelly of the Marvel universe cut open for all of us to be amazed by.”

Loeb goes on to provide some context for the rise of that Marvel universe.

“Back then [in 2002], comics were seen as just geek food or adolescent male fantasies, and you were widely suspected to live in your mom’s basement if you read them,” he adds. “However, those of us who were into comics knew the secret. They were heartfelt stories, grounded in reality, with an element of the fantastic – hyperdrama at an elevated level. Then Spider-Man came along. It had a real director, a real star, and became one of the most successful films of all time. [Suddenly] the genre was taken seriously.” So seriously, in fact, that Marvel put out Alias on its MAX R-rated imprint, because it was not safe for after-school reading. This was exactly what Jessica Jones’ showrunner Melissa Rosenberg [see Exposure, page 34], who wrote on Dexter (Showtime) and was screenwriter on all five Twilight movies, was looking for in creating a female superhero.

To read the rest of the story, click here: http://www.icgmagazine.com/web/tough-as-nails/

We and our partners use cookies on this site to improve our service, perform analytics, personalize advertising, measure advertising performance, and remember website preferences. By using the site, you consent to these cookies. For more information on cookies including how to manage your consent visit our Cookie Policy.
Do not sell my personal information.
CONTINUE
Manage consent

This website uses cookies to improve your experience while you navigate through the website. Out of these, the cookies that are categorized as necessary are stored on your browser as they are essential for the working of basic functionalities of the website. We also use third-party cookies that help us analyze and understand how you use this website. These cookies will be stored in your browser only with your consent. You also have the option to opt-out of these cookies. But opting out of some of these cookies may affect your browsing experience.
Necessary Always Enabled

Any cookies that may not be particularly necessary for the website to function and is used specifically to collect user personal data via analytics, ads, other embedded contents are termed as non-necessary cookies. It is mandatory to procure user consent prior to running these cookies on your website.

SAVE & ACCEPT
Scroll To Top